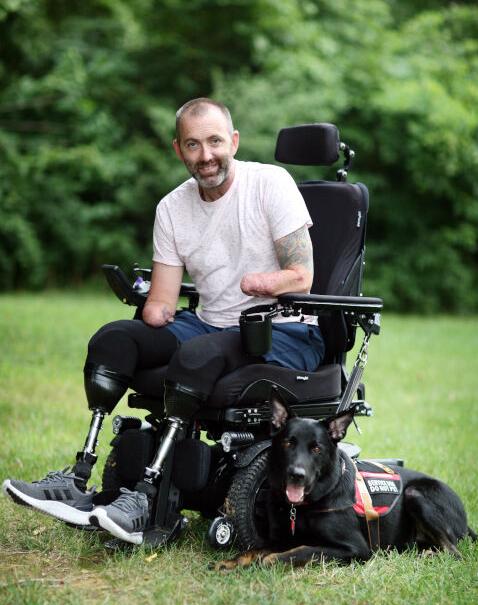 After going into septic shock due to complications from the flu, Miracle was airlifted to a hospital in Orlando on New Year’s Eve. On New Year’s Day 2020, he flatlined in the intensive care unit.

“For just under eight minutes, I died,” Miracle said. “By the grace of God, they never turned my oxygen off, which is the only reason I don’t have any long-lasting effects, according to me. After eight minutes, doctors found a slight pulse in me. The cardio surgeon said, ‘At this point, we’re second-by-second, minute-by-minute.’”

Miracle, the son-in-law of longtime Southeast Christian Church member Pam Simpson, went into five hours of surgery while on a life support machine to keep his heart and lungs functioning. Doctors told him they were throwing a “Hail Mary pass,” a last-ditch effort to save his life.

“In my case, I was in a coma for 10 days,” Miracle added. “They kept me on the machine for 10 days, which means my arms and legs just started dying. The medical term that they use was ‘mummified.’ I looked like a mummy.”

While Miracle was in a coma, doctors told his wife, Kelly, that he might not wake up, and if he did, his limbs would have to be amputated.

“My wife had a decision to make and she chose me,” he said. “She told the doctors, ‘Give him to me however you can, just give him to me.’”

Doctors considered amputating Miracle’s arms and legs to prevent them from becoming infected, but they held off because Miracle wanted to “give God a shot to save my limbs and get that glory.”

Miracle was in a fog for the next month after coming out of a coma. The only thing he remembers is watching the Super Bowl Feb. 2.

Curt Harding vs Gary Miracle Round One